Find this article at:
go.ncsu.edu/readext?741375
— Written By Rhea Hebert 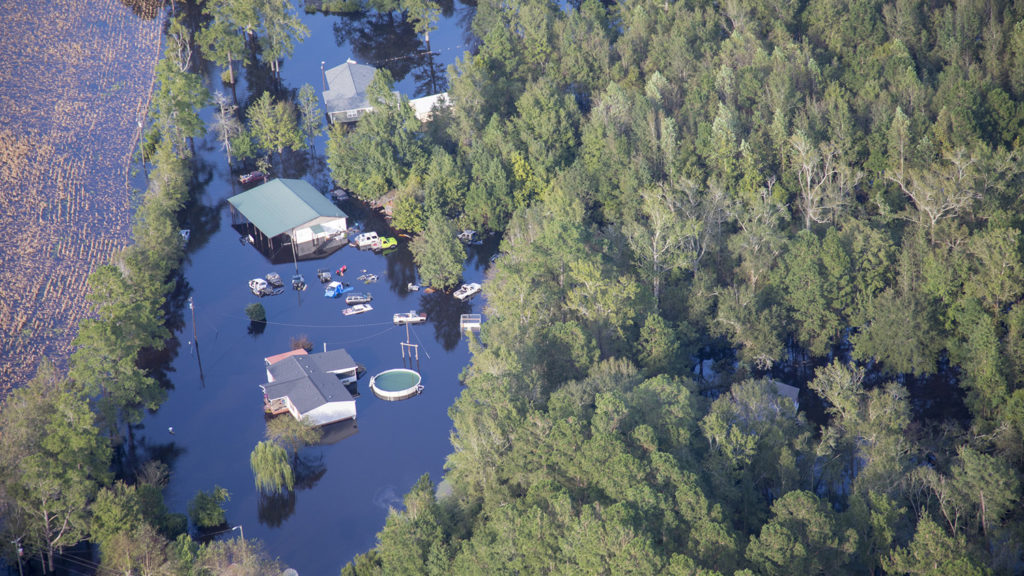 Recent research on bacteria that can cause foodborne illness found something surprising – Arcobacter rather than Campylobacter in floodwaters following Hurricane Florence.

A North Carolina State University research team’s search for Campylobacter in the floodwaters from Hurricane Florence instead uncovered an abundance of a related emerging pathogen: Arcobacter. The study raises questions about the prevalence of these understudied bacteria and demonstrates the ways in which floodwaters can amplify or spread pathogens over a geographical area.

Campylobacter is a well-known group of foodborne bacteria, spread primarily through contact with contaminated fecal matter. In humans it causes symptoms commonly associated with “food poisoning,” such as diarrhea, fever and cramps. However, Campylobacter infections also constitute one of the leading precursors of Guillain-Barré syndrome, a serious complication that can cause permanent disability and paralysis. Food animals – particularly poultry and hogs – are known reservoirs of Campylobacter bacteria.

By comparison, Arcobacter – which can look and behave similarly to Campylobacter – is an emerging, primarily waterborne, pathogen. Its prevalence in the environment is unknown and its role in human disease has only been confirmed in the past two decades.