Find this article at:
go.ncsu.edu/readext?650408
— Written By Rhea Hebert 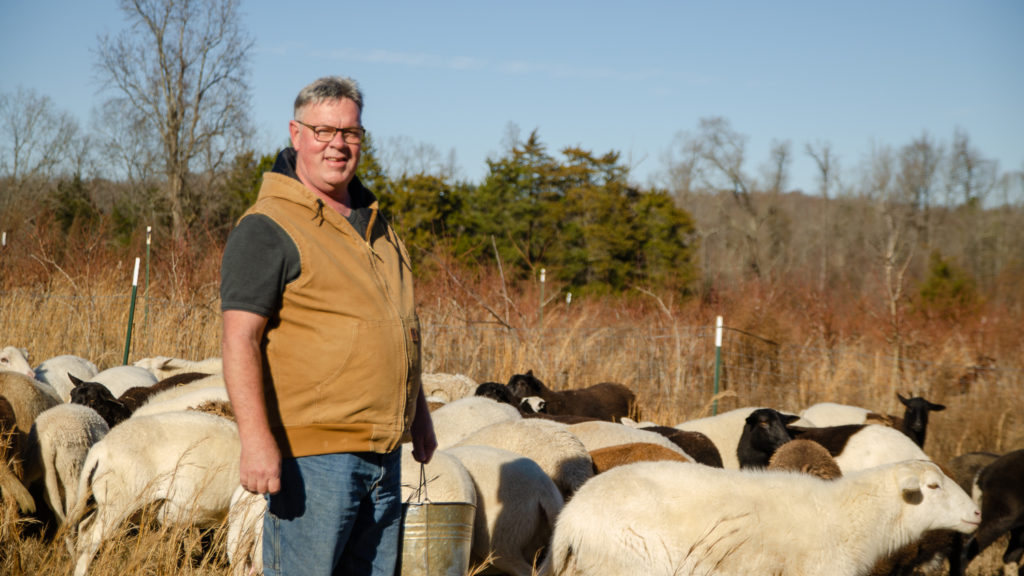 In December, NC State Extension and the Prestage Department of Poultry Science said goodbye to Dan Campeau. After 32 years with Extension, Campeau retired from his position as an Area Specialized Agent (ASA) for poultry.

He’s staying busy, though (very busy, in fact). On a chilly day in early January, we caught up with Dan at his 90-acre sheep farm near Pittsboro, N.C. 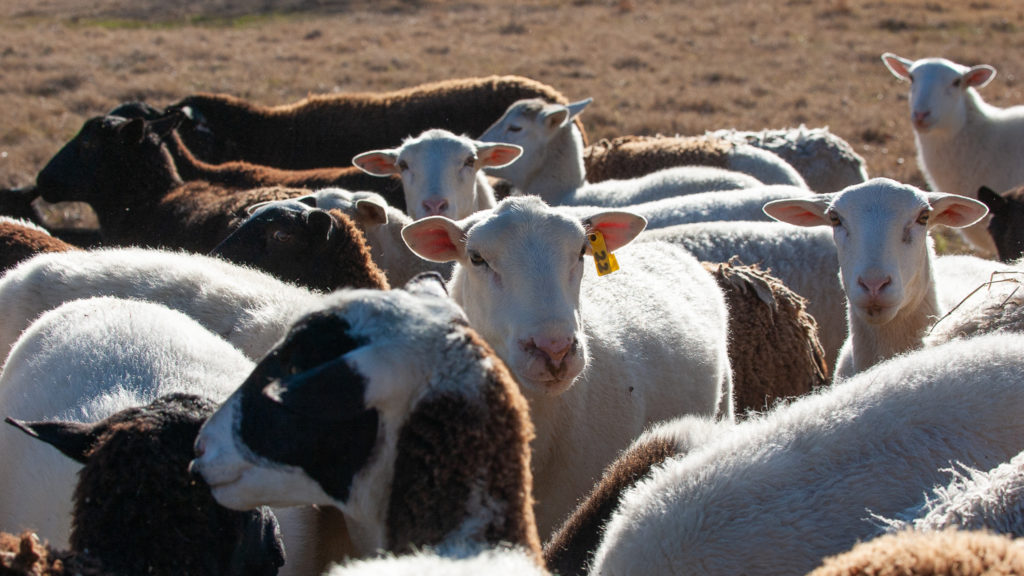 It might seem odd to go from a job in poultry to sheep farming, but with Dan’s background, it all makes sense.

Before he was a poultry ASA, Dan was a Livestock Agent, working with all kinds of animals. Once he was a poultry specialist, though, he couldn’t have poultry of his own. That would increase the risks to the farms and producers he worked with around North Carolina. So, when a sheep farm went up for sale, he snapped it up. And now that he’s retired, he does have plans to add some poultry into the mix.

It’s no surprise that Dan has worked with animals his whole life. He grew up in Michigan (though his mom is from Georgia, making him only “half a…Yankee,” he said) and earned degrees in Animal Husbandry and Poultry Science before going to vet school.

He decided that wasn’t quite right for him. He moved to Kansas and worked for DeKalb Swine Breeders. After that, he made it to North Carolina, where he worked as a primary breeder and hatchery manager for Perdue farms.

Finally, Dan transitioned into NC State Extension. In that role, when he’d visit farmers, they’d always ask if he went to State. Eventually, he could answer ‘yes’ (without having to fudge which State he meant).

As NC State Extension changed, so did expectations for Agents. Eventually, Dan needed to have a masters degree, so he did go to NC State. He earned a degree in ag and Extension education with a minor in poultry science.

When he started with Extension, Dan was a cross-county agent. Then he served one county as a Livestock Agent; by the time he retired, he was serving 25 counties as an ASA. He saw a lot over the years and worked with a wide variety of North Carolinians. 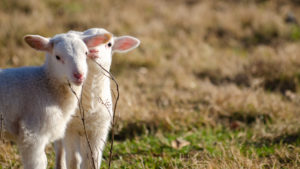 Now, on his sheep farm, he’s bringing all that experience together. Dan has a small herd – about 80 sheep. Thirty to 35 of those are lambs. Eventually he hopes to have a herd with 80-100 ewes, which could grow his herd to more than 300 sheep.

Dan’s sheep are raised for meat, not wool. They’re breeds of haired sheep, meaning they shed their hair and don’t need to be sheared.

“The biggest issue that you have to think about…is a breed that will fit North Carolina,” Dan said. That means sheep with heavy wool aren’t the best here: it’s too hot for them in the summer unless they get sheared. Since wool isn’t a high-demand product, woolly sheep aren’t the best fit for an N.C. farm.

So, Dan has Katahdin ewes (white), Katahdin/Dorper crossbred ewes (multicolored) and crossbred Texel/Haired sheep rams. The crosses give Dan’s herd a lot of color varieties. He has white, black, black-and-white spotted and even red lambs and ewes.

In addition to the sheep, there are two donkeys on the farm. They’re a mom and daughter pair and Dan reminded us that “they’re not a pet, really, they’re for protection.” Since donkeys hate dogs, Mom and Lucy will chase and stomp any coyotes or other dogs that come onto the farm. That explains why Campeau’s dogs are separate from the sheep. 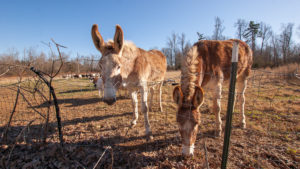 Dan has been breeding and showing Greater Swiss Mountain Dogs – Swissies – for 30 years. They’re a large and gentle mastiff breed. But they don’t mingle with the sheep. Neither do the Vallhunds that Dan started breeding in 2008. (Find out more about Dan’s breeding and animals.)

Between the sheep, the donkeys and the dogs, it might seem like there’s not much time for more animals, but Dan doesn’t like to be bored. 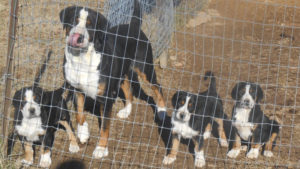 He’s got plans to expand by adding geese to his farm. If he’s lucky, his plans will pay off.

“I want to try to get into geese and try to establish a niche market for Christmas geese,” he explained. “You only have to have them half the year,” he added, making it possible to travel (in a minibus he plans to renovate so he can bring his dogs on the road with him). 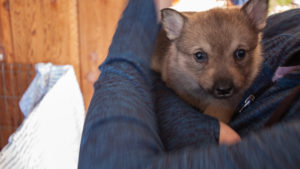 Vallhund puppies were a visit highlight.

But he also looked back. He’s excited about what’s possible for poultry in North Carolina.

“I think it’s working good,” he said of the current system of regional ASAs for poultry. He shared interesting ideas about supporting small flock owners in addition to the industry support offered by Extension.

Even with small amounts of land, there’s plenty of space for small flocks of turkeys or geese, for example. Those small flocks, Dan said,  if they had a processing facility, could help grow the agricultural economy in the state.

However Extension grows, Dan isn’t ready to be completely out of the picture. We asked him if he’s interested in volunteering – “Absolutely!” he answered, before we finished asking.

Questing minds and questions keep you on your toes.

“The best part of my job was working with young people. Questing minds and questions keep you on your toes,” he said.

For now, there’s a lot keeping Dan on his toes. And while a retirement means change, we can only be excited for Dan as he pursues his plans.

With a number of poultry youth events coming up, maybe we’ll see him again sooner than we think!